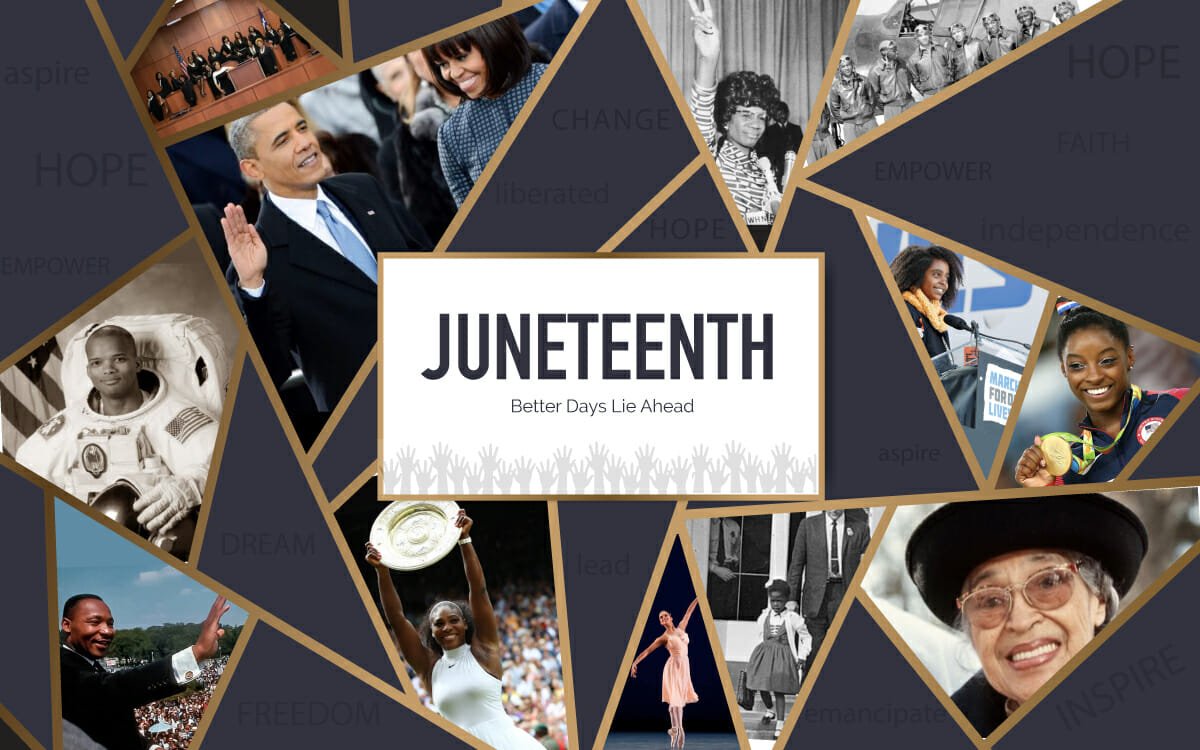 “Juneteenth, better days lie ahead.”  What exactly does that mean? Well, take a moment to consider: 1) you are reading a blog post, 2) written by an African-American, female CEO, 3) on a backlit fluorescent screen, 4) accessed by an electronic device, 5) across an information superhighway called the Internet. How many of those concepts were even imaginable on June 19th in 1865? I’ll tell you – none.

154 years ago, Texans finally freed our nation’s last official African-American slaves. Until June 19th, these Blacks had remained enslaved nearly three years after President Lincoln issued the Emancipation Proclamation. When Americans celebrated the first Juneteenth in 1865, they had no clear idea of what the future would hold. They did feel however, that a monumental leap had been made in America’s progress toward freedom and equality.  Their guts, faith and optimistic spirits told them that with Juneteenth, better days lie ahead.

While Juneteenth represents a difficult and shameful part of American history …

… it also allows us to celebrate the end of a terrible chapter. For the first time in our nation, on June 19, 1865, all African Americans worked as hired employees rather than free slave-laborers. Even though considerable obstacles toward economic freedom ensued in the years to follow, Blacks finally broke through this initial barrier of economic injustice. They knew that with Juneteenth, better days lie ahead.

As we approach June 19, 2019, I continue to hope that with Juneteenth, better days lie ahead.  While Blacks have made tremendous progress over the past 154 years, we continue to face a modernized version of several of the same obstacles that blocked our paths to economic equality in the 1800s. Climbing economic and social ladders go hand in hand, as economic stability equates to independence and power. Blacks today face disproportionate imprisonment, employment discrimination, and police brutality. Yet, despite these unrelenting challenges, the fact that I am able to live the life I do today proves that we have come far; Juneteenth, better days lie ahead. After an uphill battle for generations, I stand here as a Black entrepreneur and businesswoman because of the change accomplished on Juneteenth.

This year, most major cities are hosting celebrations including speeches from distinguished historians and political figures, concerts, barbeques, charity fundraisers, craft sales, and educational activities. Festivities range from serious to celebratory, but all share the theme of acknowledging the simple fact that with Juneteenth, better days lie ahead.

As we prepare for Juneteenth, I encourage you to join me and take time to reflect on our nation’s past, celebrate our country’s accomplishments, and educate ourselves and others for a better future. 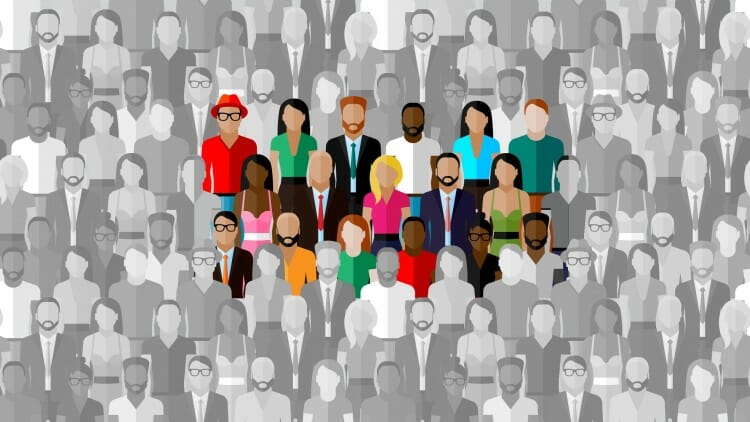 It’s great to think that everyone wants to purchase your products or services, but it’s better to know who benefits the most from using them. You must know your ideal customer. 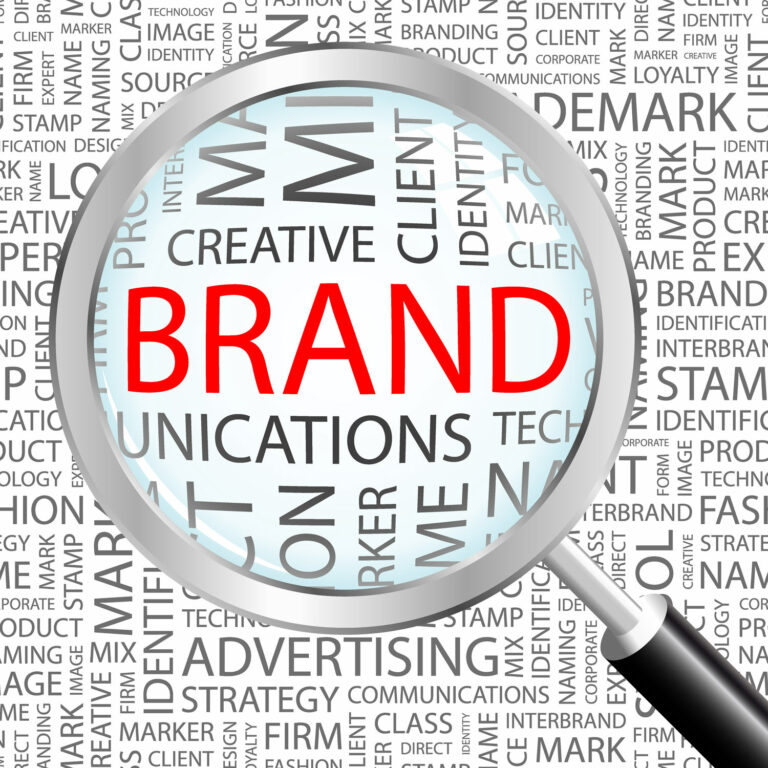 Reaching The Masses: Obtaining And Maintaining Brand Awareness Brand awareness and product relevancy are typical top concerns for business owners at every stage. With all of the online clutter and digital noise, how do you stay top of mind with clients and prospects? If you have ever wondered how to control your firm’s brand awareness,… 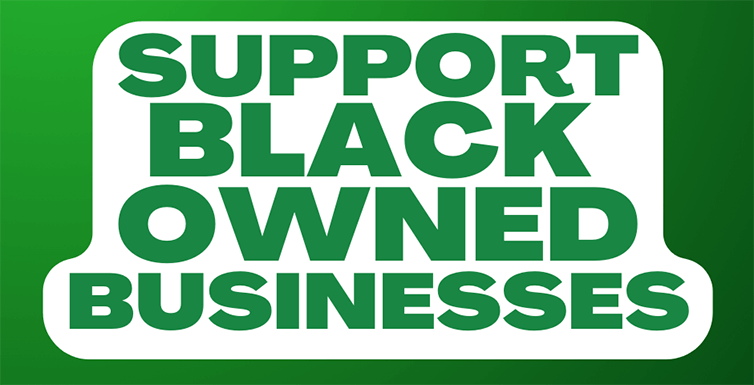 Throughout history, Black people and Black-owned businesses have been disadvantaged across all sectors of society.

It’s always interesting to me to think about how selective we can be with storytelling. Sometimes this exclusivity can be beneficial; we cut out the unnecessary to make room for the more interesting. But other times, it can be detrimental for entire groups of people. For example, news outlets regularly lack stories featuring successful women, whether…

Keep it simple and try my Two for Two approach: Focus on adopting two new resolutions and releasing two practices or ideologies that no longer align with your values or serve your bottom line. 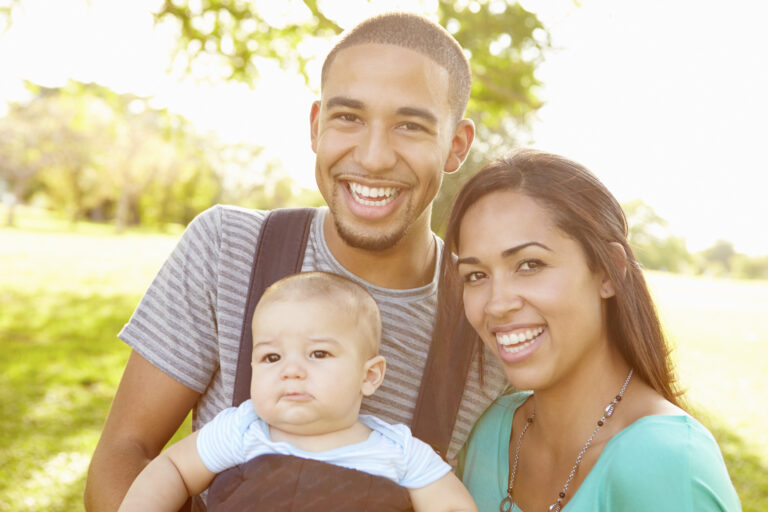 Back to School & Back to Business! The Back-to-school season is an energizing time of year! The leisurely days of summer give way to renewed energy and focus, charitable community drives and smiling children with new shoes and hair-do’s. Usually, mothers and little ones get all the shine this time of year. But, that is…