One Rector Street, developed in partnership with O’Neal and New Brunswick, NJ-based Boraie Development, a partnership which gave Newark its renovated movie theater with 3-D capabilities, CityPlex12, is a $65 million redevelopment project that will bring the city its first high-rise in over 50 years. Goldman Sachs is the primary lender on both projects.

Project IMPACT (Increased Minority Participation and Access to the Construction Trade) was created in late 2014 under the direction of Hudson County Freeholder Billy O’Dea to ensure that more residents of the local community benefit from the building boom taking place in Jersey City. The program’s success has caught the attention of Mayor Baraka and will be piloted in Newark with One Rector being the first test-case. “The greatest challenge we face in transforming Newark into a city we can all believe in is providing all of our residents with jobs and career opportunities, particularly minorities, women, and veterans who have served our country. One Rector Street project and our IMPACT Newark program will break ground, both literally and figuratively. We will transform the lives of Newark residents, empowering them with skills that enable them to gain financial independence and a share in the American dream,” said Mayor Baraka. “I congratulate our economic and job creation teams on developing this program and thank one of Newark’s great living legends, Shaquille O’Neal, for his continued commitment to the city of his birth…this is a slam dunk for our entire city!”

To become eligible to work as an apprentice on a union construction job, one must pass aptitude and drug tests, as well as have a valid driver’s license. These requirements often eliminate many applicants; however, the goal of the IMPACT program is to train and encourage applicants to stay on course to completion.

“Project IMPACT is a unifying force for the community, one that brings civic and community leaders together with the local unions to prepare city residents for good-paying jobs that can improve their quality of life,” said Deputy Mayor Rahaman Muhammad of the Department of Job Creation, Workforce development, Affirmative Action and Re-Entry.

The 23-story, 169-unit apartment tower with retail space on the ground floor is the first high-rise built in the city since 1960. It is adjacent to the renowned New Jersey Performing Arts Center and directly next door to the Center for Arts Education. The tower would provide additional momentum for what many consider the epicenter of the city’s revitalization hopes. “It is important for this administration and for the city to provide more than simply housing and jobs.” said Deputy Mayor Baye Adofo-Wilson, Department of Economic & Housing Development. “We want to ensure that we’re providing a diversity of options where people can work, live and play.”

Growing up in the 1970s, O’Neal credits the local Boys and Girls Club and the nearby movie theater for keeping him off the streets. His participation in Newark’s development is one way he gives back to the city of his youth. “I was born and raised in Newark. In some ways I never left Newark. This project is a symbol of my love of the city that shaped who I am today,” said the former NBA-champion and entrepreneur, Shaquille O’Neal.

“We are pleased to partner with Boraie Development and Shaquille O’Neal on another transformative project in Newark,” said Margaret Anadu, managing director in the Goldman Sachs Urban Investment Group. “We are deeply invested in the City and believe that Project IMPACT creates a ladder of empowerment for hard-working minority-, women-, and veteran-owned contractors.” 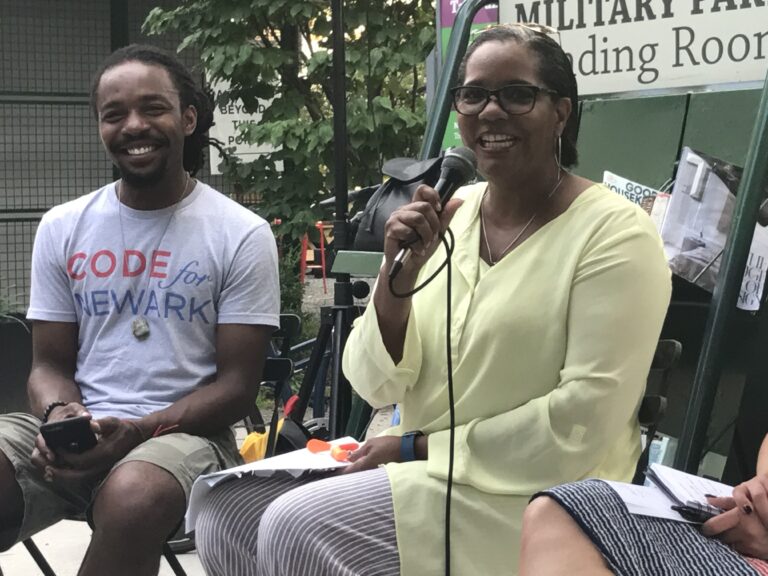 Click on the following links/pictures to download hi resolution images for the Gateways to Newark: Portraits project.  Please call the office at 973-337-2028 if you have problems accessing the images. 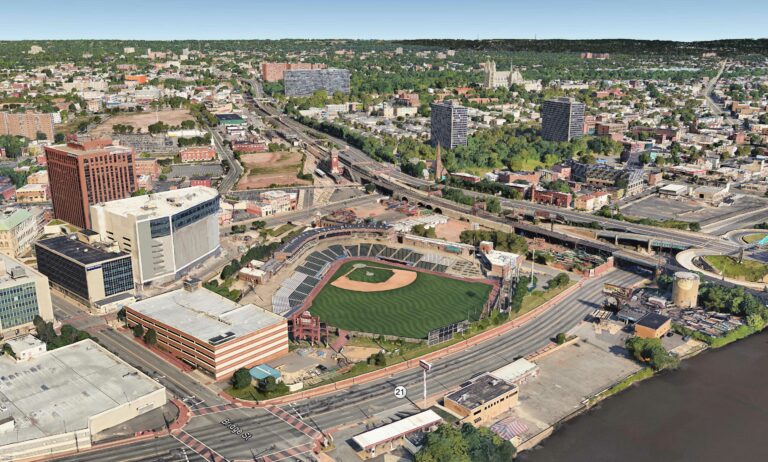