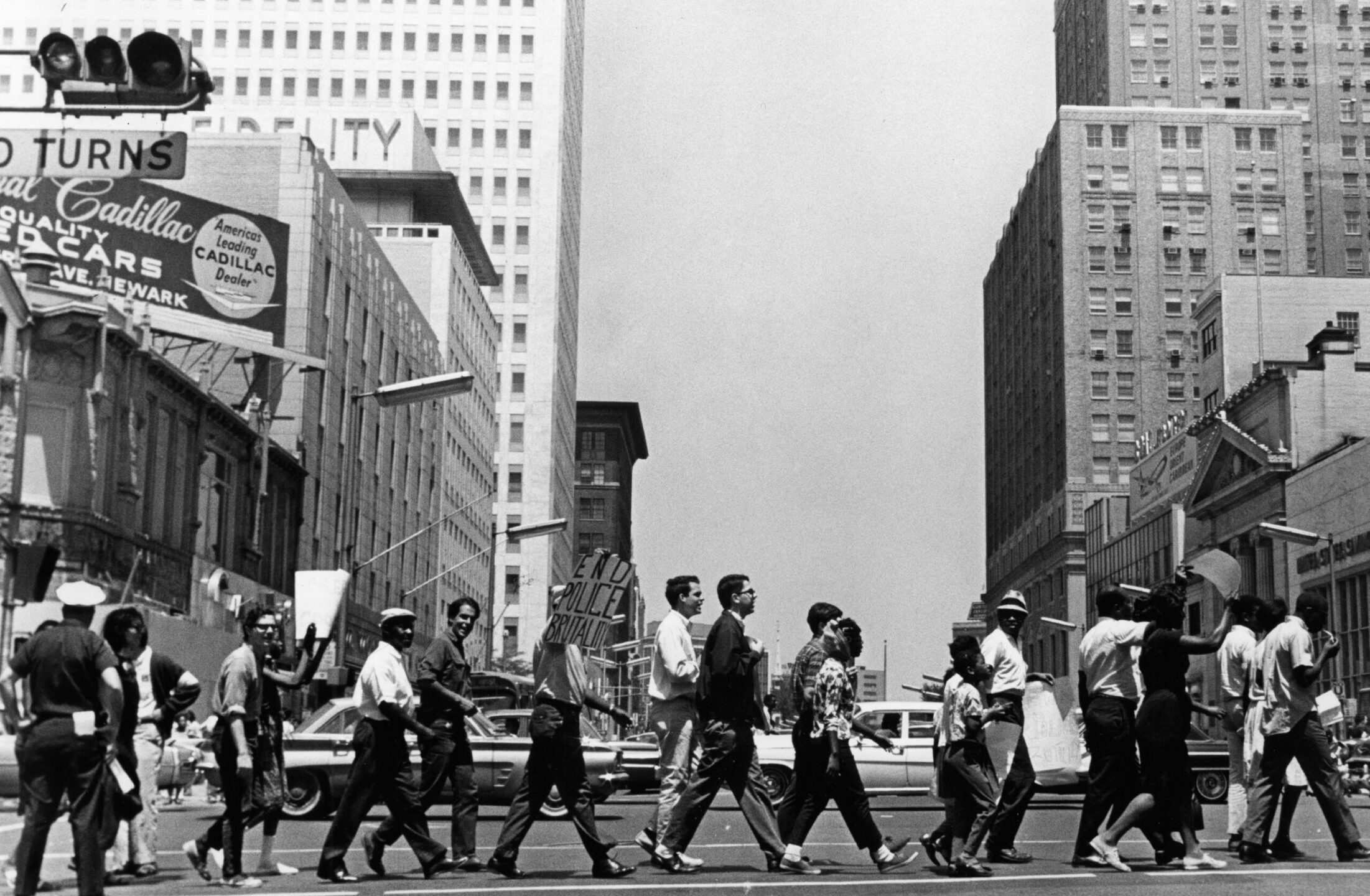 March to Commemorate 50th Anniversary of 1967 Newark Rebellion
Community march through downtown will memorialize causes, effects and casualties of the historic event

Archival project The North, The People’s Organization for Progress, and community leaders will commemorate the 50th anniversary of the 1967 Newark Rebellion with a march from the Newark Rebellion Monument (at the crossroads of Springfield Ave., 15th Ave. and Irvine Turner Blvd.). The public is invited to join and reflect on the five days of unrest, which was sparked by the arrest and beating of cab driver, John Smith and resulted in 26 deaths, an armed U.S. military response and more than $10 million in property damage.

Media and participants will gather at the Rebellion monument, march to the Newark Police Department 1st Precinct (10 17th Ave.), and return to the monument. Speaker addresses are scheduled at all three points.

WHAT:     Public march to commemorate 50th anniversary of the 1967 Newark Rebellion

This march is one of several anniversary events throughout the week of July 9, 2017, including:

6.18 mm is the thickness of Huawei’s new smartphone, 20% thinner than the iPhone 5. 27% more child fatalities in Afghanistan during the first third of 2013 over the same period in 2012. 5,800% increase in Amazon sales of the Centennial Edition of George Orwell’s 1984 in the wake of revelations that the NSA collects…

$3 Million is the reported payment that 15-year–old Pakistani activist, Malala Yousafizai received for her memoirs after being shot in the head by the Taliban. $250,000 was the estimated value of the now totaled, Italian soccer star, Mario Balotlli‘s Bentley Continental. $50 Million – estimated value of Beyonce’s Pepsi endorsement deal. 67 % increase…